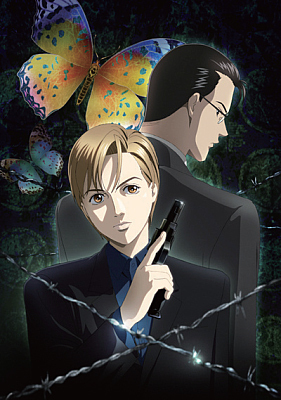 Every single person has secrets in their soul

Based on the original story by Reiko Shimizu, creator of "Kaguya-hime" ("Princess Kaguya"), which is published regularly in Melody by Hakusensha.

Forensic Research Lab No. 9, otherwise known simply as "No. 9," is part of the Scientific Police Laboratory, where technology to reproduce the antemortem image memory of crime victims from the "memory" left in their brains is used to solve difficult cases.

"Violent crimes that continue to increase year by year. To arrest the criminals behind these crimes and conduct full investigations, the Forensic Research Lab No. 9 of the Scientific Police Laboratory started engaging in MRI investigations. The images from the brains that are removed from victims reveal every single memory of not only the victim, but of the researchers as well..."

The Forensic Research Lab No. 9 of the Scientific Police Laboratory, more commonly known as "No. 9"--This department, which takes a look at the memories of victims by removing the brains from corpses, was involved in MRI investigations of the suicides of 5 youngsters. It was in this department that a newcomer named Aoki, who wanted to "find out the truth," was assigned. Chief Inspector Maki, the director of this lab, tells the straight and honest Aoki that he "is not suited for No. 9." It's almost as if Maki is recalling something from the past.

At such a timing, a shooting incident occurs and a request for an MRI investigation is made. But, the exenterated brain is stolen by someone. Aoki starts developing doubts as he finds out secrets while proceeding with the investigation. He starts encountering outrageously violent crimes, together with other members of No. 9 including Maki and Okabe.