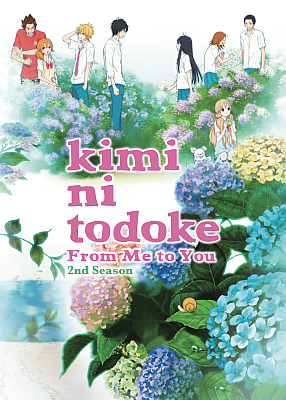 In this second series, Sawako realized that her true feelings for Kazehaya are growing stronger.

Sawako Kuronuma, nicknamed "Sadako" for her resemblance to the character from a horror movie, has always been misunderstood and avoided by her classmates. However, the situation changes when Sawako enters high school and becomes friends with popular boy Shota Kazehaya who instills in her a sense of courage. Experiencing a series of "firsts" like making friends, falling in love and comforting a brokenhearted friend, Sawako develops valuable relationships with people around her.

This animation series is based on the mega hit comics, which has been serialized in "Monthly Bessatsu Margaret" (Shueisha) since 2005, and collectively sold more than 14 million copies as of October 2010. The first animation series was broadcast in Japan in 2009 and took Japan by storm.

In this second series, Sawako realizes that her true feelings for Kazehaya are growing stronger. However, it is not easy to confess her feelings to him because she knows her feelings are something very precious and not to be shared lightly....