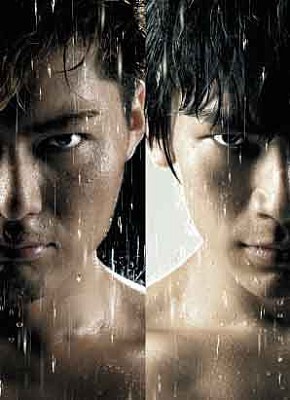 Ever since the day his father left, NATSUO's (Shokichi / EXILE) world was turned into a living hell. When he is taken into custody by a relative, Natsuo is separated from his younger sister and his best friend, WATARU (Naoto / EXILE). From there, he would be abused at home and bullied at school for years. While the years matured Natsuo into a young man, his life was still nothing but a disgrace until he is taken under the wing of KOGURE (Satoshi Jinbo), a yakuza leader. Soon, Kogure appoints Natsuo as a manager of a trashy night club; it is Natsuo's first real chance to make something of his life. But Natsuo is unaware that Kogure, the man whom he confided in, is using him as a pawn in an outrageous bet--a bet that concerns his life!

On Natsuo's first day at the night club, Wataru, his long-lost friend, walks through the door. Natsuo learns that Wataru is out of a job and hires him, but the gullible Natsuo does not question whether their reunion is pure coincidence or not... Elsewhere, the police investigation led by a female detective is planning to strike Kogure's crime organization and has appointed an agent, or otherwise known as a "rat", to go undercover...Who is the rat? And what will happen to the bet...and of Natsuo's fate?

Shokichi and Naoto, who play the parts of Natsuo and Wataru, are both talented performers in one of the most popular dance and music groups, EXILE. It is Shokichi's first leading role as an actor. Fans in Japan and abroad are sure to find new exciting aspects of the EXILE duo as they enact together in Frenemy -Rumble of the Rat-, an action-filled story of the dark underground world where friends and enemies can often be just two sides of the same coin.