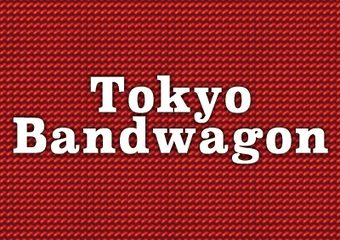 Tokyo Bandwagon is a much awaited dramatization of the popular short story series written by Yukiya Shoji that sheds light on the true meaning of "family" with a pinch of romance.

The main character is AO HOTTA (Kazuya Kamenashi/member of "KAT-TUN"), an attractive thirty-something male tour guide, who has a natural habit of turning on ladies while on tour abroad. Ao's family consists of eight people including his grandfather who owns a secondhand bookstore, his half-brother and sister plus their families, his idealistic father, and his dead grandmother ghost who still watches over the clan. One day, Ao has too much to drink after returning from a gig overseas and is taken into custody at a police station. There, he meets a college student, SUZUMI (Mikako Tabe) and unintentionally makes a pass at her in his drunken state. Suzumi storms off disgusted, but deep inside, Ao wishes to see her one more time. But little does Ao know that Suzumi has her set of problems and that meddling with her would eventuate in more hassle.

Meanwhile, Ao has his share of family feuds. Born out of his father's extramarital affair and abandoned by his birth mother, Ao is raised in his father's family along with his half-siblings. The love-starved Ao feels alienated from the rest of his family as the odd one and has a longstanding conflict with his old man, GANATO (Koji Tamaki). His father, Ganato is a legendary rock-star who believes "love will conquer all"--which is another ideal that nags at the disenchanted Ao. Problems of every kind seem to know how to find its way into the Hotta Family, and the members try to solve them in their ever so outlandish ways--but will "love really conquer all!?"

With bustling laughter, disputes, and unexpected happenings, the drama Tokyo Bandwagon is played by a strong cast that includes Kazuya Kamenashi as Ao from the pop-group KAT-TUN, singer Koji Tamaki who realistically plays Ganato with his own history of success in Japan's music scene, and Mikako Tabe as the sweet Suzumi. Tabe is known for her starring roles in various dramas such as Deka Wanko.