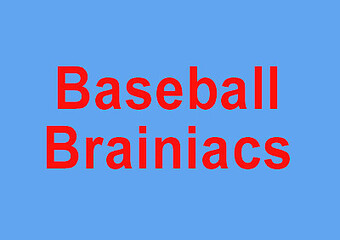 AOSHI TAMO (Kazunari Ninomiya / member of Arashi) has always been on the fast track. Graduating from one of the smartest high schools in Japan and then entering the zenith of all universities, The University of Tokyo, he decides to pursue his dream as a researcher at a bio-laboratory. Things were pretty much peachy perfect for this pre-thirty year old lad until the laboratory undergoes a sudden shut-down. Unwillingly, Aoshi is forced into a new profession as a teacher for one year at his alma mater, Johtoku High School.

Aoshi, who is the researcher that he is, sees the world as a platform of analysis and has a tendency to objectify everything. But when he meets the baseball team of Johtoku High--a team that just "isn't", Aoshi loses his usual imperturbability. Aoshi, who was a catcher on the team himself, remembers a regretful memory of a baseball match against one of the leading schools, Dohto Gakuin. Aoshi soon finds himself sticking his nose into every little issue that revolves around his school's inferior club which must recruit three more players to even become a legitimate baseball "team". The club member's inner passion for the game despite their incompetence reminds Aoshi of his own days of playing ball--that he used to be no better than them. Aoshi becomes committed to lead the team to any kind of victory -first, to confront the ghost from his past, but soon, for the love of the team.

Based on a non-fiction novel of a baseball club at one of Japan's top ranking high schools, Baseball Brainiacs depicts a group of high school ball players who are led by a coach who is far from conventional. This refreshing, teen-coming-of-age drama incorporates an ever-so unique sports theory and practice in an entertaining comedy touch as Aoshi puts it-- "You don't have to be strong to win." Coach Aoshi is played by Kazunari Ninomiya, a member of the world-famous boy band, Arashi. Ninomiya is known for his prominent acting ability, and his star role in Clint Eastwood's Academy Award winning film,"Letters from Iwo Jima", is just to name a few.