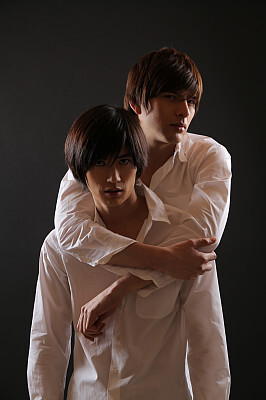 Keisuke (Haruma Miura) overslept on the morning of the entrance exam at the University of Tokyo, the best university in Japan. Having already failed for two years in a row, Keisuke thought his life was over and was about to give up when he suddenly thought of an idea to delay the exam. He would pretend to be a serial bomber who has recently been committing several crimes. He sent a bomb threat by email to the university to delay the start of the exam. Keisuke's plan was a success and he finally passed.

The following days were like a dream until suddenly, a suspicious man appeared in front of Keisuke. "I know all about you," he said. Keisuke's life becomes hell. Desperate to escape the constant extortion, the broken Keisuke turns murderous and makes a bold decision.

"Exam Hell - Broken and Murderous"is a remake of the popular Nippon TV mystery drama "Exam Hell", which was broadcast 32 years ago on the "Tuesday Suspense Theater" slot. It has consistently ranked among the highest on surveys of programs that viewers want to watch again. This remake showcases a fresh lineup of talent led by Haruma Miura, who is wildly popular among women and the younger generation. It is also the first drama on Japanese commercial terrestrial television filmed using cutting-edge 4K cameras. With scenes that use the latest techniques such as projection mapping, this is a riveting drama that will leave you on the edge of your seat.