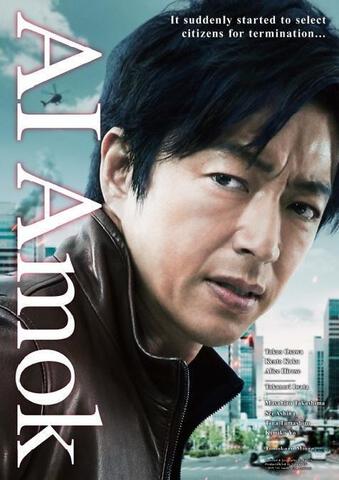 In 2030, the AI suddenly starts to select citizens for termination. The termination will commence in 24 hours.

It's a race against time! A mystery/thriller brought to you by the director of the 2017 hit movie, "Memoirs of a
Murderer." This is the original story written by the movie's director.
In 2030 Japan, artificial intelligence - AI - assists every aspect of people's lives from medical facilities, banking, transportation to security systems.
The entire population trusts and depends on AI until one day it spins out of control and puts the whole nation into unimaginable chaos and tragedy...

Kosuke Kiryu, a brilliant scientist, has developed an AI for medical purposes.
But the government does not endorse the use of it because of the absence of relevant jurisdiction. If it had been approved in time, Kiryu could have saved his wife from a mortal illness. With his wife dead, Kiryu retires and leaves Japan.
A few years later, Kiryu's medical AI system which had been approved was given the name NOZOMI (meaning "hope"). Quickly NOZOMI had become indispensable to the lives of the Japanese citizens. Kiryu's achievement is belatedly celebrated worldwide and is contacted by Satoru Nishimura, his brother-in-law and
research partner, as the Prime Minister will award them with an honor for their achievement. When Kiryu decides to return to Japan, NOZOMI runs amok as if something was waiting for his return.
NOZOMI starts to evaluate citizens with the intention of terminating those it deems worthless. This puts the
whole nation in panic and people stop viewing Kiryu as a brilliant scientist but as a deadly terrorist who
planned the attack. In 24 hours NOZOMI, the AI, will commence a mass termination. Only Kiryu can stop his creation.
Antagonized as a public enemy and wanted as a terrorist by the police and government, Kiryu must solve the
mystery and stop NOZOMI's rampage...!