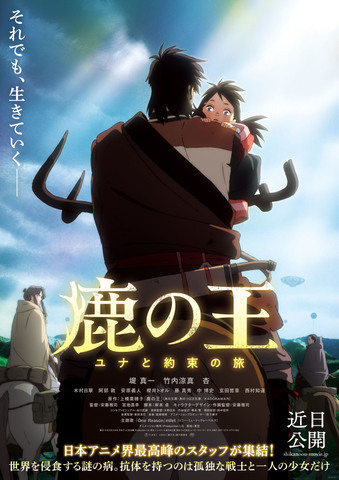 Van, who used to be a leader of warrior corps “Lone Antlers” fighting for their homeland surrounded by a mighty empire is captured and seized as a slave at a salt mine. One night, vicious mountain dogs attack the salt mine causing mysterious plague. Van ran away in the chaos, helping a young girl whom he decides to raise.

Meanwhile, Dr. Hohsalle is tirelessly looking for a cure in Governor Ohan territory, where  the disease that is said to affect immigrants only. A man who survived the infection and a doctor determined to save lives. This is a story of the bonds between people facing dismal fate.