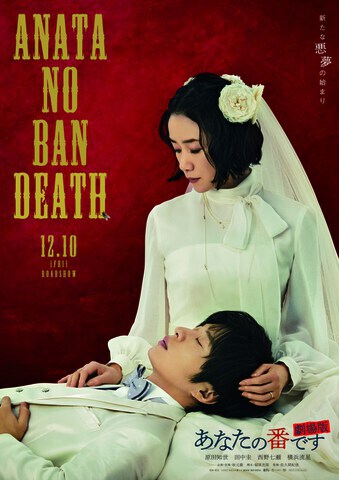 A newly-married couple Nana and Shota just moved into a new apartment building but it turned out that “Swap Murder game” was in motion.  13 members wrote the name of the person they wanted to kill on a piece of paper and although it was a casual intention, a death threat suddenly arrived.

The film is set in pararell world where “Swap Murder game” has never happened.

Shota and Nana live happily in the apartment, and decide to invite their residents’ to their wedding party at the sea. The cruise ship departs from the harbor with the happy couple and their neighbors. Then... a series of murders on the high seas! One person after another gets killed on the ship with nowhere to run or hide. Everyone start racking their brains to solve the mystery. The motive lies in a shocking web of malice!! The curtain rises this winter to a new, non-stop suspense!! It’s your turn to solve this complicated mystery.