Munich and Tokyo, April 22, 2015
Nippon Television Network Corporation (Nippon TV) has secured remake rights for Red Arrow International's hit drama format "The Last Cop". The show has been commissioned by Hulu, the online video service in Japan operated by HJ Holdings, a fully-owned subsidiary of Nippon TV. The production is the first original drama to be commissioned by Hulu in Japan and will air on both Hulu and Nippon TV this early summer.

The Japanese version sees acclaimed actor Toshiaki Karasawa play the lead role. His film credits include "20th Century Boys", "Toshiie and Matsu", and "The Waste Land". He was also the voice for Tom Hanks in the Japanese version of "Toy Story" and "The Polar Express".

Kazufumi Nagasawa, Chief Content Officer of HJ Holdings, said: "We are excited to announce the launch of 'The Last Cop' as Hulu's first original drama commission. This is an important new phase for Hulu, providing our users with an even greater range of entertainment content. We are planning to premier more foreign content on our service and we look forward to producing more original remakes of foreign shows and collaborating with the terrestrial broadcast business to maximize each show's value. We are launching the original German production of 'The Last Cop' Season 1 today and we are hoping entertainment fans will enjoy both the original and the brand new remake."

Hiroyuki Ueno, Producer/Manager, Programming division of Nippon TV said: "There are a number of cultural reasons why it has proved difficult in the past to remake foreign dramas in Japan. However, remakes provide a great opportunity to bring something new to Japanese audiences and we feel that the time is right to remake this bold and unique drama.
When Nippon TV acquired Hulu's business in Japan last year, I saw this as good timing to produce a series that could harness the great synergies across the entire Nippon TV Group. 'The Last Cop' is the first-ever drama produced by both Nippon TV (terrestrial) and Hulu in Japan and we are hugely excited about launching this new show in Japan."

Jamie I, VP Sales, Asia Pacific for Red Arrow International said: "We are thrilled to see the Japanese version of our scripted format 'The Last Cop' on Nippon TV and Hulu in Japan. Given that Nippon TV is the top rated broadcaster in Japan, and Hulu recently reached 1 million subscribers, these channels are the perfect home for the show. This is the first time that an Asian country has adapted 'The Last Cop' and we are confident that it will be a huge success."

"The Last Cop", produced by ITV Studios Germany, is SAT.1 Germany's most successful crime series and has been sold to territories across the globe. The French remake "Falco", produced by Beaubourg Audiovisuel, has also achieved great success, outperforming TF1's channel average by up to 135%, where it is currently running in its third season.

"The Last Cop" and "Falco" are both distributed by Red Arrow International as scripted formats and finished programs.

About "The Last Cop" Japan
The protagonist of the story is Kyogoku (Toshiaki Karasawa), a detective who falls into a coma for 30 years after suffering an accident while pursuing the vicious criminal Kagura.
Kyogoku suddenly comes out of his coma in 2015, waking up to a modern world that has completely changed. The 21st century comes as a huge shock, with attitudes having changed and a bewildering array of scientific and technological developments having been made.
He returns to his job as a cop, only to find that his partner is the timid Ryota (Masataka Kubota). Kyogoku's old-fashioned values and macho 1980's attitude, plus his out-of-date investigation methods, means that Ryota struggles to keep up with him!
And Kyogoku's private life is even more complicated: his wife Kanako (Emi Wakui) is now remarried to his junior Suzuki (Ichirota Miyakawa), who their daughter Yui (Nozomi Sasaki) thinks is her real father.
Amidst all of this, Kyogoku and Ryota are assigned to provide security at an event that is being targeted by Caesar, a pair of criminals who have been a serious threat to society. Sure enough at the event, they spot the men they believe to be Caesar! But things do not go to plan...

About Hulu in Japan
Hulu is an online video service that offers popular films, dramas, anime and more. For just 933 yen per month (tax excluded), Hulu users can access more than 19,000 assets anytime on internet connected TVs, PCs, smartphones, tablets, gaming consoles and additional devices, in HD (when available). Hulu users can start watching their favorite show on your TV and resume on their smartphone whenever and wherever they want.

About Nippon Television Network Corporation
Nippon Television Network Corporation (Nippon TV) is Japan's number one rated broadcaster, having won the Triple Crown title for the entire year of 2014 by topping the charts in the All Day, Prime Time, and Golden Time categories. Since becoming Japan's first commercial broadcaster in August 1953, Nippon TV has come to be known as the country's finest producer and broadcaster of all genres of programs ranging from news, documentaries, sports, dramas, entertainment shows to animation. One of the biggest successes for Nippon TV is its format Dragons' Den. To date, the format has been sold in over 25 countries and regions. Nippon TV also has a wide variety of group companies that deal with movies, animation, events, TV shopping, and merchandising.

With offices in Munich, Los Angeles and Hong Kong, Red Arrow International has a truly global reach and distributes acclaimed, quality content to over 200 territories worldwide.

Image taken at the signing of the deal at MIPTV 2015: 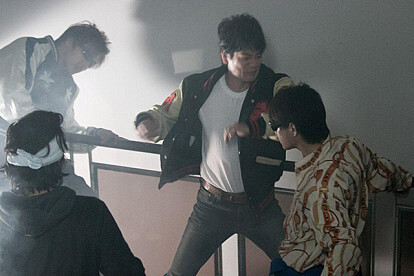 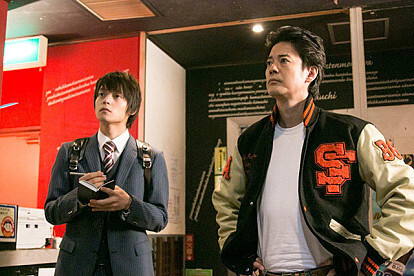