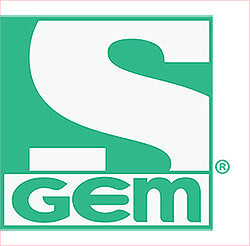 Yukiko Kimishima, divisional president of International Business Development at Nippon Television Network Corporation, said: "Nippon TV already has a proven track record in our country as the first and most watched commercial broadcaster, so we are extremely delighted at the opportunity to launch GEM in partnership with SPT Networks to deliver Nippon TV's captivating fresh lineup of dramas and variety entertainment shows along with the finest programs from the rest of Asia."

Spanning action, period, comedy, family and romance genres, GEM is anchored by a wide range of Asian drama with captivating stories and multi-dimensional characters to keep audiences returning for more. Headlining the October launch of GEM is the hit psychological thriller Death Note. The series features Japanese stars Masataka Kubota, Kento Yamazaki and Mio Yuki, and follows the adventures of college student Light Yagami who finds a notebook known as the Death Note, which contains the power to kill anyone whose name is written in it.

The channel will also boast variety programs that spotlight the latest entertainment buzz around popular celebrities in the region.

GEM adds to SPT Networks' considerable presence in the region, where it is the leader in Asian general entertainment. The portfolio includes ONE, the No. 1 South Korean entertainment destination across Southeast Asia, which has delivered more than 50 percent growth over the past four years in key markets like Singapore and Malaysia; as well as Japanese anime channel Animax, which is especially popular among youth and young adults. Both channels are available as over-the-top platforms and actively engage fans throughout the region with large-scale events featuring high profile talent from key shows. GEM Vietnam, which is also part of the Asian channels portfolio, will continue to be wholly-owned and operated by SPT Networks.

About Nippon Television Network Corporation
Nippon Television Network Corporation (Nippon TV) is Japan's number one rated broadcaster, having won the Triple Crown title for the entire year of 2014 by topping the charts in the All Day, Prime Time, and Golden Time categories. Since becoming Japan's first commercial broadcaster in August 1953, Nippon TV has come to be known as the country's finest producer and broadcaster of all genres of programs ranging from news, documentaries, sports, dramas, entertainment shows to animation. One of the biggest successes for Nippon TV is its format Dragons' Den. To date, the format has been sold in over 25 countries and regions. Nippon TV also has a wide variety of group companies that deal with movies, animation, events, TV shopping, and merchandising. https://www.ntv.co.jp/english/