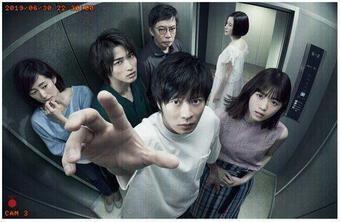 Is there someone you want to kill right now?

From work, friends, romance to family, we find ourselves in all sorts of relationships. It is almost certain there are some phrases everybody has said at least once. "I just want to kill that person!" "I wish that person would just die!"

But what if you unleash these words and they take on a life of their own? Worse yet, what if they become a reality?

A newly-married couple falls in love despite their 15-year age gap. Nana Tezuka, the older of the two, is a kind and dependable wife. Shota is her puppy-like, cheerful and naïve husband. What they share in common is their love of mysteries.

Having just bought a new home, they are convinced that a happy and peaceful life is about to begin. Suddenly, people in their apartment building start dying, one after another. It turns out that a certain "game" is leading to this string of mysterious deaths.

Thirteen neighbors each wrote the name of the person they want to kill on a piece of paper. They randomly drew lots to see which name each person got, setting the "swap murder game" in motion.

They all took it lightly and jotted the names down, thinking, "Oh it's only a game. I'll feel so much better just writing the name of the guy that gets on my nerves." Now, those names are finding their way onto tombstones.

A death threat suddenly arrives, kicking off the chain of senseless murders: "It's your turn."

What would you do if your murderous intents come true?