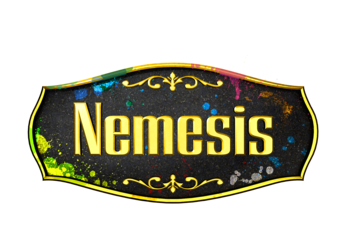 “Every case is connected to the final mystery.”

A lousy detective and his uber-genius assistant solve one impossibly-difficult case after another! Cases that seemed unrelated turn out to be connected and reveal a shocking truth. Named after the Greek goddess who crushes evil with the iron mallet of justice, “Nemesis” is the ultimate mystery entertainment!

Itself full of enigmas, Nemesis Detective Agency employs Anna, the reckless genius with a knack for figuring things out, and Kazama, the self-proclaimed genius detective who is actually quite incompetent but enjoys popularity among his peers. Helping each other out (mostly Anna picking up the slack), they take on complicated cases. Enjoy the hilarious interactions of this buddy detective duo of unequal abilities and their quest to solve incredibly perplexing mysteries!

What’s more, each episode brings in a fresh lineup of formidable supporters who, together with Anna and Kazama, create exciting team dynamics reminiscent of “Oceans Eleven.”

The “Don Juan of Yokohama” slayed at his massive mansion, the strange killing at an all-girls high school with numerous witnesses but “no culprit,” the “goblin” murder without any evidence or witnesses, and many other cases laden with baffling tricks face Anna and Kazama. Just how will they go about solving them?! Their ultimate goal is to find Anna’s father, who suddenly went missing. As they solve one case after another to get clues that lead to her father, new mysteries surface. Finally, they discover that the key that unlocks all the secrets lies in “a certain incident” from 20 years ago that was hushed up.

“Nemesis” is depicted in 10 episodes, each complete but also complexly woven together by the “mystery from 20 years ago.” Fragments of what happened two decades earlier emerge as a case is solved in each episode, leading up to the shocking revelation in the final week. At last, a superb mystery entertainment that complexly and cleverly intertwines conundrums with cases!