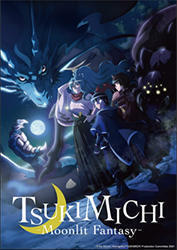 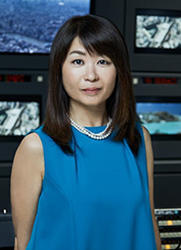 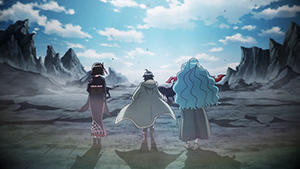 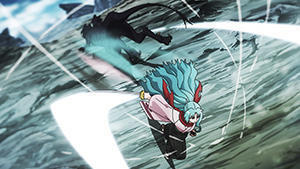 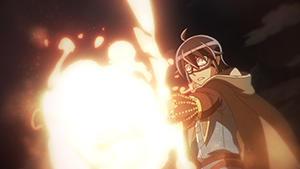 TOKYO, JAPAN - October 20, 2020 - Having recently announced two promotions within its IBD division, Nippon TV, Japan's leading multiplatform entertainment powerhouse, announced the creation of a new department within its Business Development division, in which IBD is included. Effective immediately is the launch of the Anime Department which will be headed up by Ms. Kako Kuwahara, who has been promoted to Executive Vice President of Business Development, previously serving as Managing Director of IBD. The first international project announced as part of this new department is the anime based on the award-winning novel TSUKIMICHI -Moonlit Fantasy- produced by C2C Studios (Wandering Witch: The Journey of Elaina) with Nippon TV serving as distributor with all international rights. The announcement was made today by Keiichi Sawa, Operating Officer and President of Business Development for Nippon TV, to whom Ms. Kuwahara will report.
"For many years, anime has been a forte of Nippon TV and we have been producing hit anime series such as Lupin the 3rd, Death Note, HUNTER X HUNTER, and many more. But now the time is ideal for us to create a department solely focused on anime as this genre is loved by so many around the world. We will be producing and distributing coveted anime series domestically, as well as internationally, and Kako Kuwahara is the ideal executive to head up this department" commented Mr. Sawa.
"I am honored to be the first EVP of the first Anime Department in Nippon TV's history. I am also proud to introduce TSUKIMICHI -Moonlit Fantasy- as our first international anime distribution. In addition to securing the international distribution rights to this award-winning series, we were also able to cast Japan's top voice actors with credits including Demon Slayer: Kimetsu no Yaiba and My Hero Academia. We see young international generations looking up to anime heroes and the voice actors, with anime being a big part of their lives. It is my wish, along with Nippon TV's dedication, to further strengthen our anime production, create new worldwide hits, enhance our global distribution of these series, and, ultimately, reach as many anime fans as possible for generations," commented Kuwahara.
TSUKIMICH -Moonlit Fantasy- is an animation series based on the award-winning novel and manga with the same title, written by Kei Azumi. Makoto Misumi is just an ordinary high school student living a regular life, but all of a sudden gets summoned to the other world to become a "hero."
The goddess of the other world, however, insults him for being different and strips his "hero" title, before casting him off to the wilderness at the edge of the world. As he wanders the wilderness, Makoto encounters dragons, spiders, orcs, dwarves, and all sorts of non-human tribes. Because Makoto comes from a different world, he is able to unleash unimaginable magical powers and combat skills. But just how will he handle his encounters with various species and survive in his new environment. In this fantasy, Makoto tries to transform the other world into a better place despite the humans and gods having turned their backs on him.
https://www.ntv.co.jp/english/pc/2020/10/tsukimichi--moonlit-fantasy-.html
ABOUT NIPPON TV
Nippon TV is Japan's leading multiplatform entertainment powerhouse and ratings champion broadcaster as well as owner of streaming giant Hulu Japan. The nation's finest producer of all genres of content has been producing animation programs since the 1950s and attracts fanatic anime fans with legendary series such as Lupin The 3rd, ANPANMAN, MONSTER, DEATH NOTE, Ouran High School Host Club, CLAYMORE, HUNTER × HUNTER, Chihayafuru Series, Parasyte -the maxim-, Death Parade, and most recently, Sorcerous Stabber Orphen, that are instantly distributed in almost 200 countries at the same time as its release in Japan. Nippon TV strategically owns two major animation production companies, MADHOUSE Inc. and Tatsunoko Production Co., Ltd., and with a long-term relationship with the Academy Award-winning animation studio Studio Ghibli and the Academy Award-nominated Studio Chizu, continues to lead the Japanese content industry with globally distributed fascinating animations.
Previous Page| Press Release Home |Next Page