Award-winning drama series "Woman" to be remade in Turkey

AFTER HIGHLY SUCCESSFUL PARTNERSHIP ON DRAMA SERIES "MOTHER," NIPPON TV FINALIZES NEW DEAL WITH MF YAPIM FOR THE TURKISH FORMAT OF ITS AWARD-WINNING JAPANESE DRAMA SERIES "WOMAN - MY LIFE FOR MY CHILDREN -" 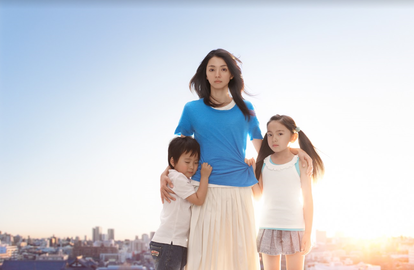 Nippon Television Network Corporation (Nippon TV) announced today that MF Yapim & MEDYAPIM, has acquired the format rights to their award-winning drama series Woman - My Life For My Children - (60' eps.) and will be remaking the series in Turkish. The drama is set to air on Fox Turkey. The deal follows the hugely successful venture of last year when the two companies partnered to remake Mother (ANNE in Turkey), marking the first time a Japanese drama was offered as a format in Turkey. The announcement was made jointly today by Mr. Atsushi Hatayama, President of International Business Development for Nippon TV, and Faruk Bayhan, the President of MF Yapim. This agreement marks the first format sale into a different country for Woman - My Life For My Children -.

"We could not be more proud of the success that our series Mother has achieved in Turkey. It is one of the highest-rated series of this season and we are so happy to hear that the Turkish audience appreciates this heart-gripping drama, which is shown by the numbers that continue to increase each and every week," commented Mr. Hatayama. "Our hope is that thanks to this deal with MF Yapim, Woman - My Life For My Children -, which is created by the same creative team as Mother, will achieve tremendous success in Turkey."

"Our partnership with Nippon TV has resulted in great success in Turkey. Mother has achieved high results on the rating lists. Therefore, I want to thank Nippon TV on behalf of MF Yapim and Med Yapım. Our cooperation will continue with Nippon TV and we will air Woman in 2017-2018 season. We hope we will achieve the same success with Woman as Mother. For all I know, there is nothing impossible in television; therefore, we hope we can carry our cooperation with Nippon TV to the next phase," stated Mr. Bayhan.

Woman - My Life For My Children - is the award-winning drama series that depicts a woman's fight to survive in a difficult world while shedding light on problems rooted in Japanese society. This story unveils the daily life of a young family trying to find peace and happiness in a harsh reality.

ABOUT NIPPON TV
Since becoming Japan's first commercial broadcaster in 1953, Nippon TV has become the country's undisputed ratings champion and finest producer of all genres of programs. One of the biggest successes for Nippon TV is Dragons' Den, a globally successful business show. The format has sold into more than 30 territories including the UK, Canada, Australia, Russia, Germany, India, Italy and Nigeria. The Emmy award winning version Shark Tank airs in the US. With well-established companies that deal in a broad range of businesses from movies, animation, events, to fitness clubs, Nippon TV is leveraging its ideal platform to expand into new realms. Recently launching a channel in Southeast Asia named GEM through a joint venture with Sony Pictures Television Networks, and taking a stake in the SVOD market through wholly-owned subsidiary Hulu Japan, Nippon TV is steadily solidifying its presence and brand as a global media powerhouse.