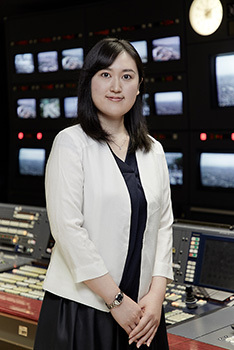 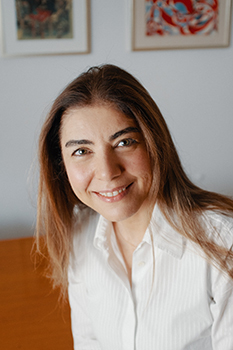 April 4th, 2022 – Nippon TV, Japan's leading multiplatform entertainment company, and Sera Film, one of the oldest independent production and distribution companies in Turkey, today announced that the two companies have entered a new co-development partnership to create a brand new international unscripted format for global exploitation. The partnership will formulate the collaboration of Turkish storytelling with the creativity of Japanese fun and crazy game shows.

The first project in development is a hilarious and heart-warming studio game show format targeting family viewers, and the production of a pilot episode is currently planned in Turkey.

Sayako Aoki, Sales and licensing, International Business Development, Nippon TV says:
“Nippon TV has been engaged in great partnerships with Turkish companies for quite a while focusing more on the scripted side and have always been amazed by their talents in strong, emotional storytelling, “commented Aoki. “We are now excited to explore what the collaboration with Sera Film, the company which has previously beautifully produced Turkish version of our format, Dragons' Den, can bring to the unscripted format business. We have already started creative discussions and witnessed the active exchange of lots of new perspectives, ideas, and stories, which we are thrilled to embed into the new format.”

Idil Belli, Managing Director, Sera Film, says:
“We are proud and very excited to enter into a co-development relationship with a company like Nippon TV whose formats we adore and had the opportunity to produce in the past,” commented Belli. “We, as Sera Film, have been involved before in many local co-development projects. Now, the opportunity to co-develop with an established multinational firm which will bring in different cultural aspects and perspectives to new projects excites us immensely. We are confident that this partnership will create a significant synergy and successful results.”

About Nippon TV
Nippon TV is Japan's leading multiplatform entertainment powerhouse and ratings champion broadcaster, as well as owner of streaming giant Hulu in Japan. Over 90% of its content IP is fully owned by Nippon TV and the company has been active in bringing its content to the international market in forms of ready-mades, formats and through co-production partnerships. One of the biggest successes for the nation's finest producer of all genres of programming is the Emmy Award-winning Dragons' Den/Shark Tank, a globally successful business show format that has more than 45 versions in more than 186 countries across all continents of the world. Additionally, their hit drama series Mother has also achieved global success as the most exported scripted format out of Asia, with its format sales to South Korea, Turkey, Ukraine, France, Thailand, China, Indonesia, and Spain. The company is also known for its viewer engaging gameshow formats. BLOCK OUT is an action-packed game show format that has been adapted in Thailand, Indonesia, Vietnam, Spain, and Holland. The award-winning unscripted format Mute it!, and Sokkuri Sweets, have both been produced in the Netherlands. Sokkuri Sweets/Eye Candy is on The Roku Channel in the US, UK, and Canada. As evident by the company's success, Nippon TV is leveraging its coveted platform to revolutionize digital media in an ever-changing industry to solidify its presence and brand as a global media leader.

About Sera Film
Established in 1988, Sera Film's major business lines are distribution, production and content creation. Since the end of 90s, Sera exceled predominantly in format business. Representing a variety of international content distributors, the company provides high quality TV programs to Turkish broadcasters. Besides distribution of programs, Sera Film is involved in development of new formats, provision of content for new media, consultancy services, and licensing of scripted and unscripted formats. Sera Film is active in executive production of unscripted content by bringing together broadcasters, producers, sponsors and interactive service companies from both local territory and abroad. Sera Film provides nearly 2000 hours of programming to Turkish media every year.